The New Year's We Never Had

Saint Louis is famous for celebrations leading up to New Year's Eve, and as part of that, the town gets all gussied up for a big show on the 30th. 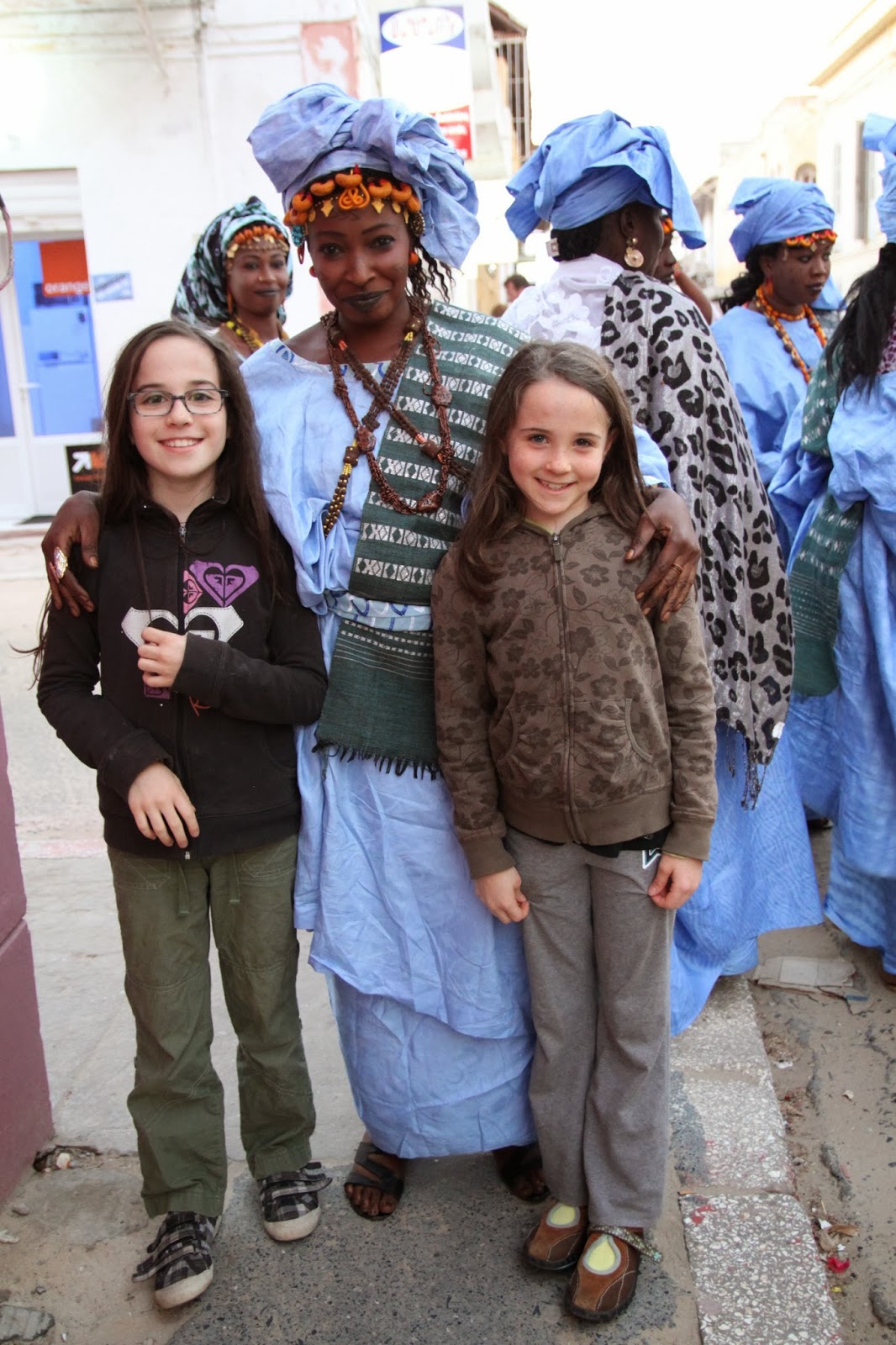 This pre-New Year's show is like no New Year's celebration we ever had mostly because we never had it. Apparently Senegal operates on, well, Senegal time. So the festivities that are supposed to begin in the main square just outside our hotel at 9pm, and for which we get seats starting at 8:30pm, don't really start till around 10pm. The MC opens the show and goes on, literally, for at least an hour about something we assume is a political diatribe, but it's hard to know because we don't speak Wolof. So it's probably around 11pm when the singing and dancing actually start; we don't know, exactly, because by then, we have long given up. This is the one crappy photo from the festivities that we never see. 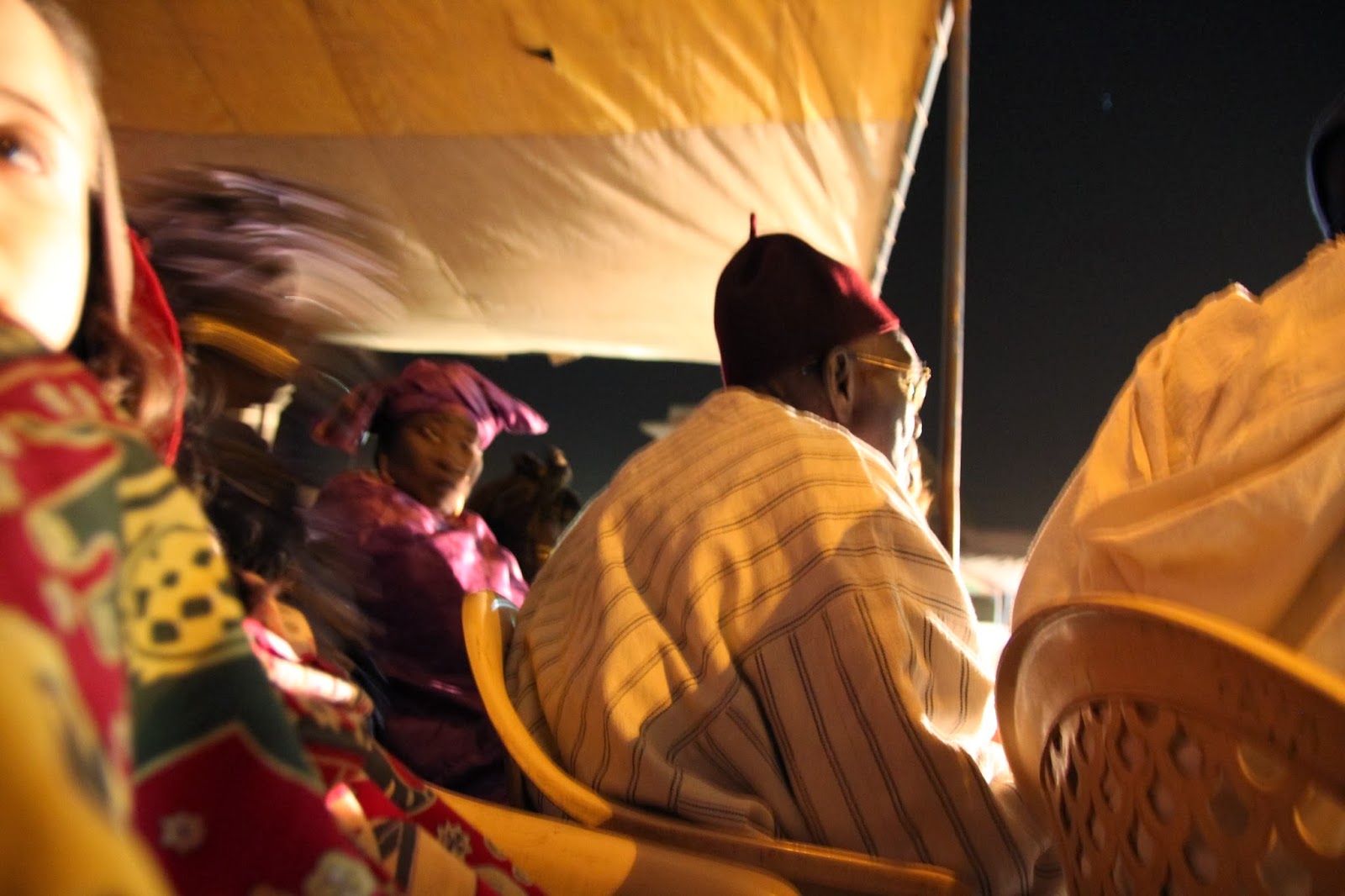 Luckily, when we head down to Saly, arriving in the beach town on the evening of  Dec 31st, the Hotel les Flamboyants where we're staying throws a New Year's Eve party that is worthy of the hotel's name. As guests at the hotel, we're automatically signed up. We put on our best outfits, while still trying to cover up for mosquitos, and head to the party. We realize we look like absolute and total schlubs and, frankly, some of what we're wearing is stuff we also wear to sleep. And our water sandals as "shoes" are downright embarrassing. But we think the necklaces really bring the outfits to new heights. Other people at the party are dressed more appropriately but, honestly, this is the best we've got in our luggage. 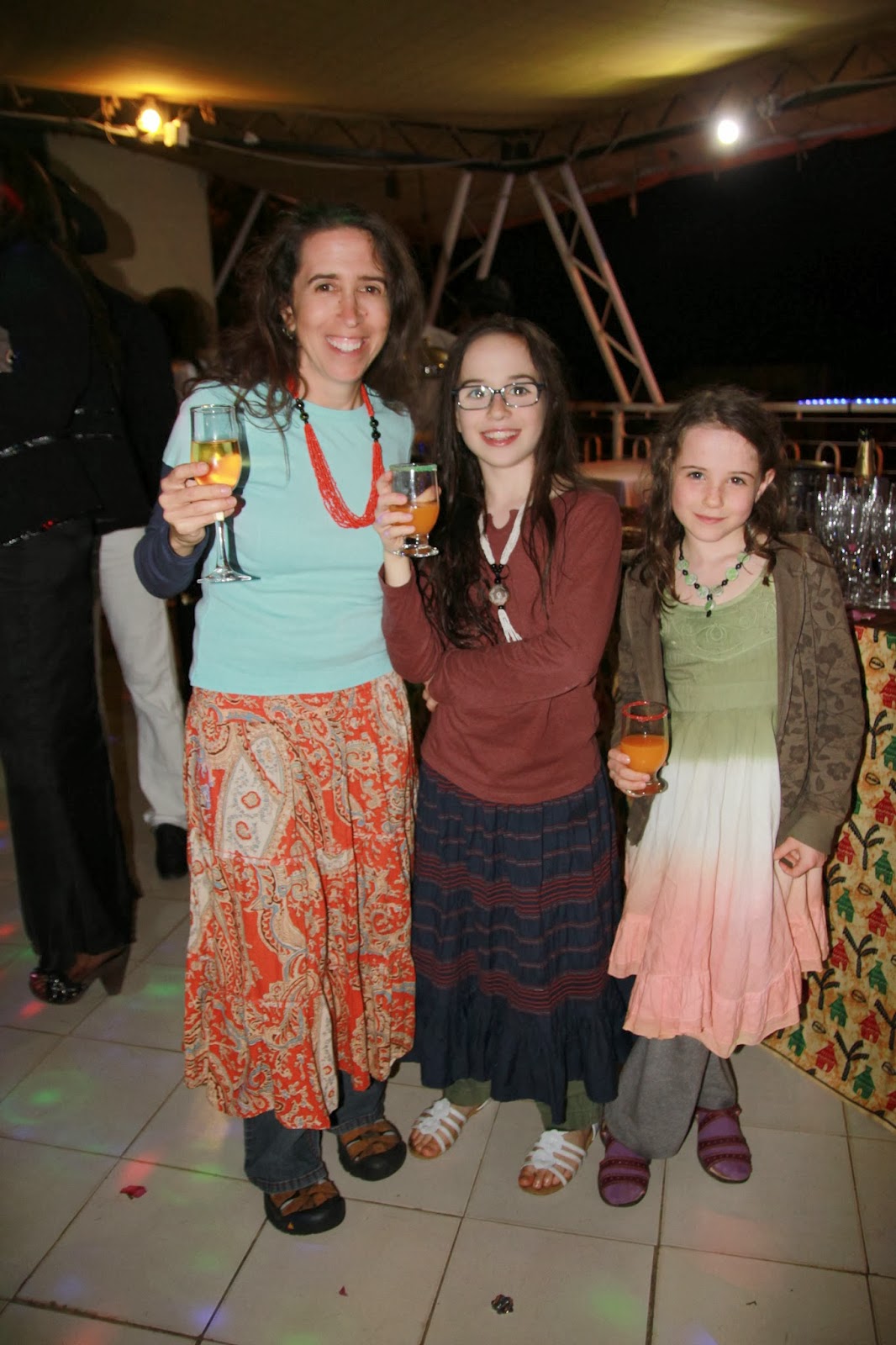 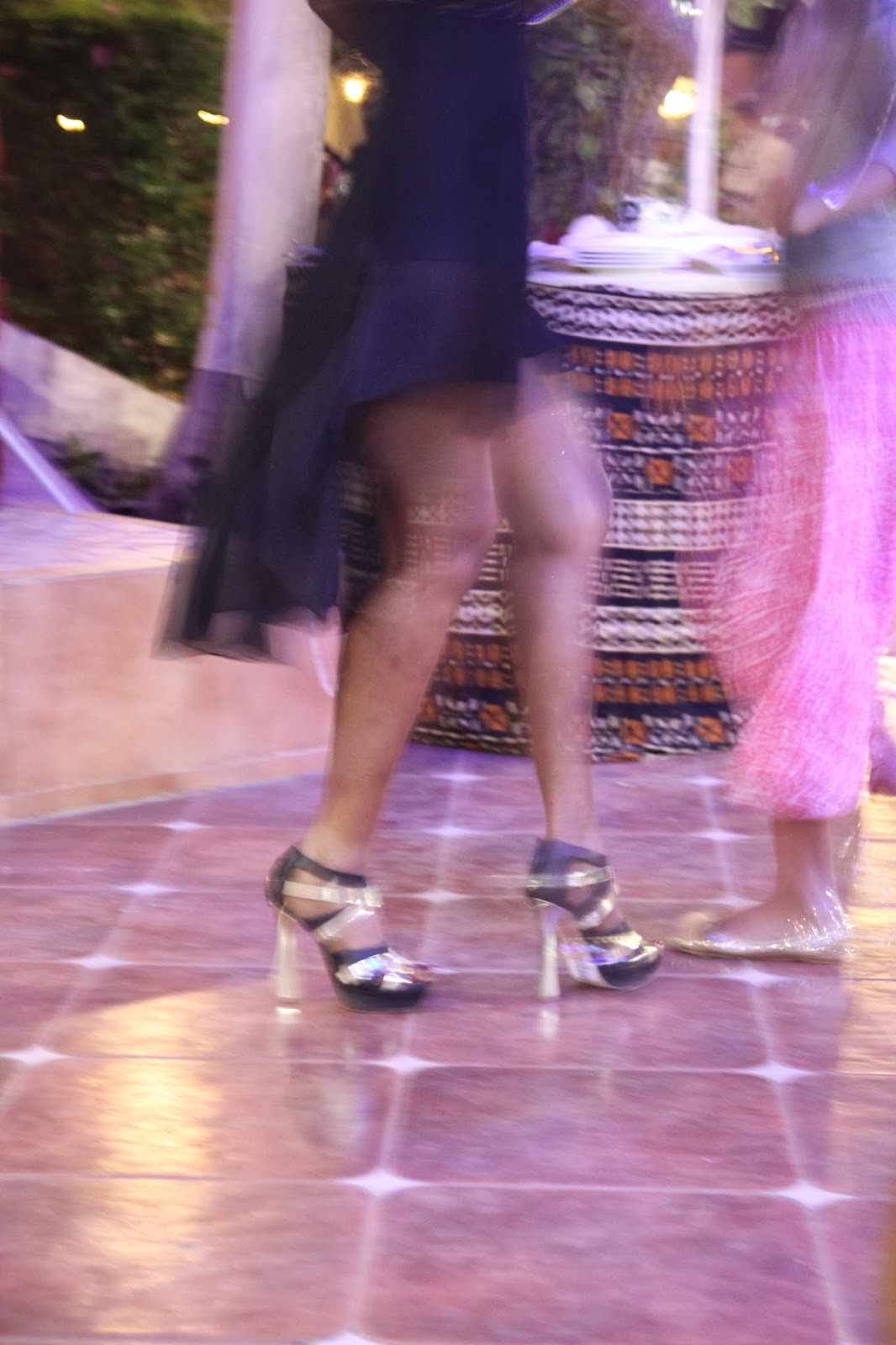 We love the show with local music and dance. Some of it involves audience participation. You can probably guess which 75% of our family volunteers. 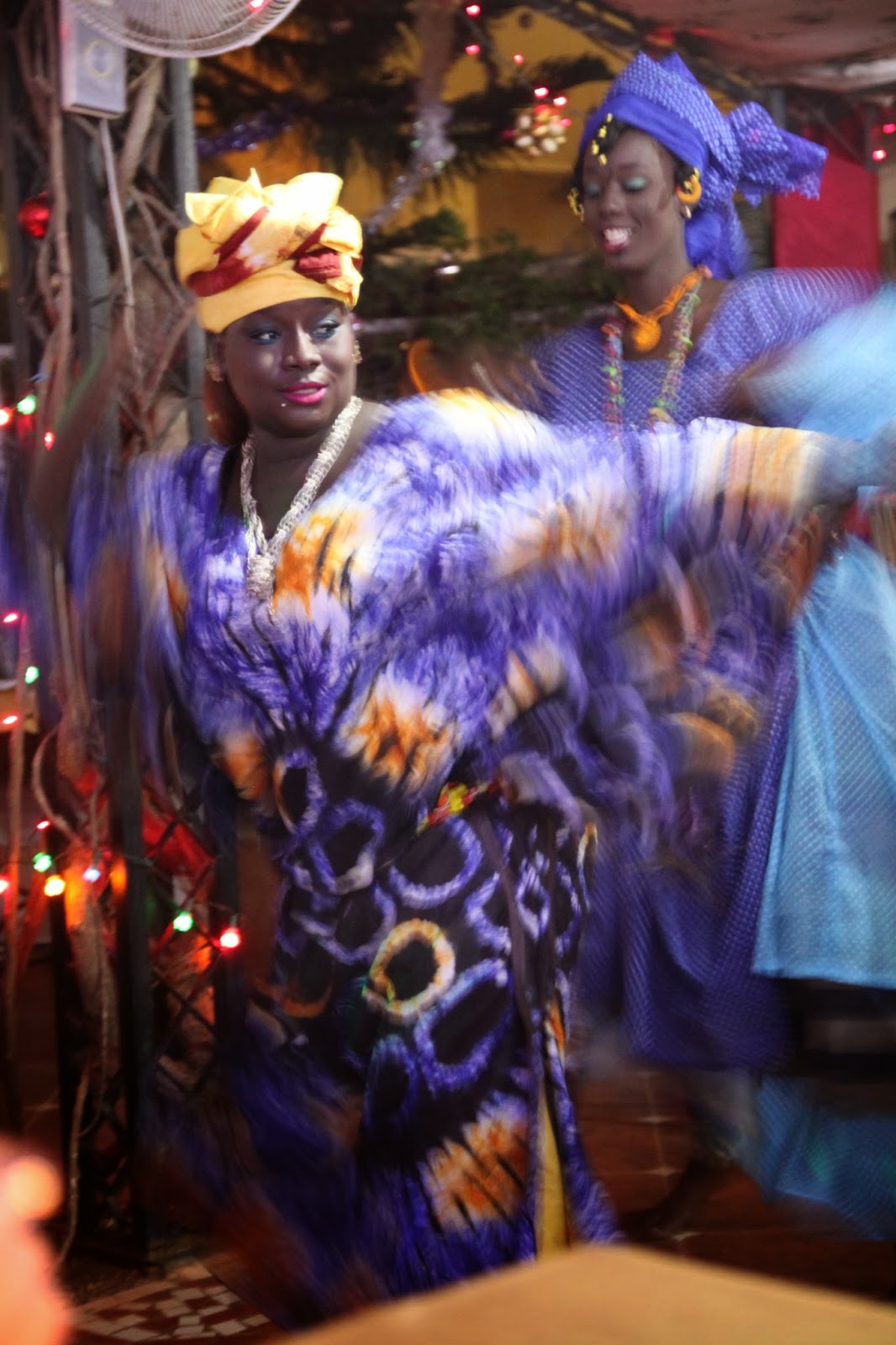 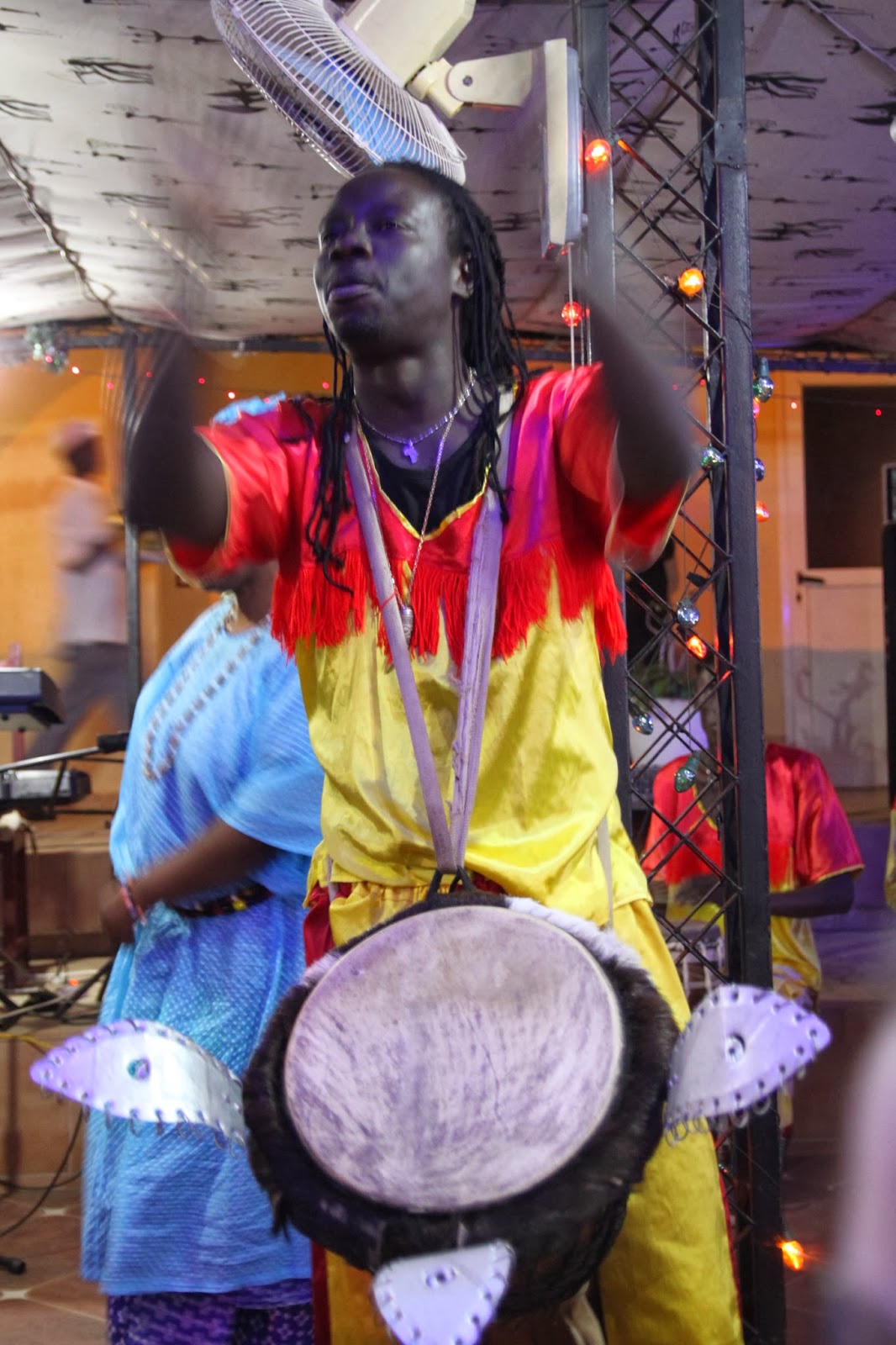 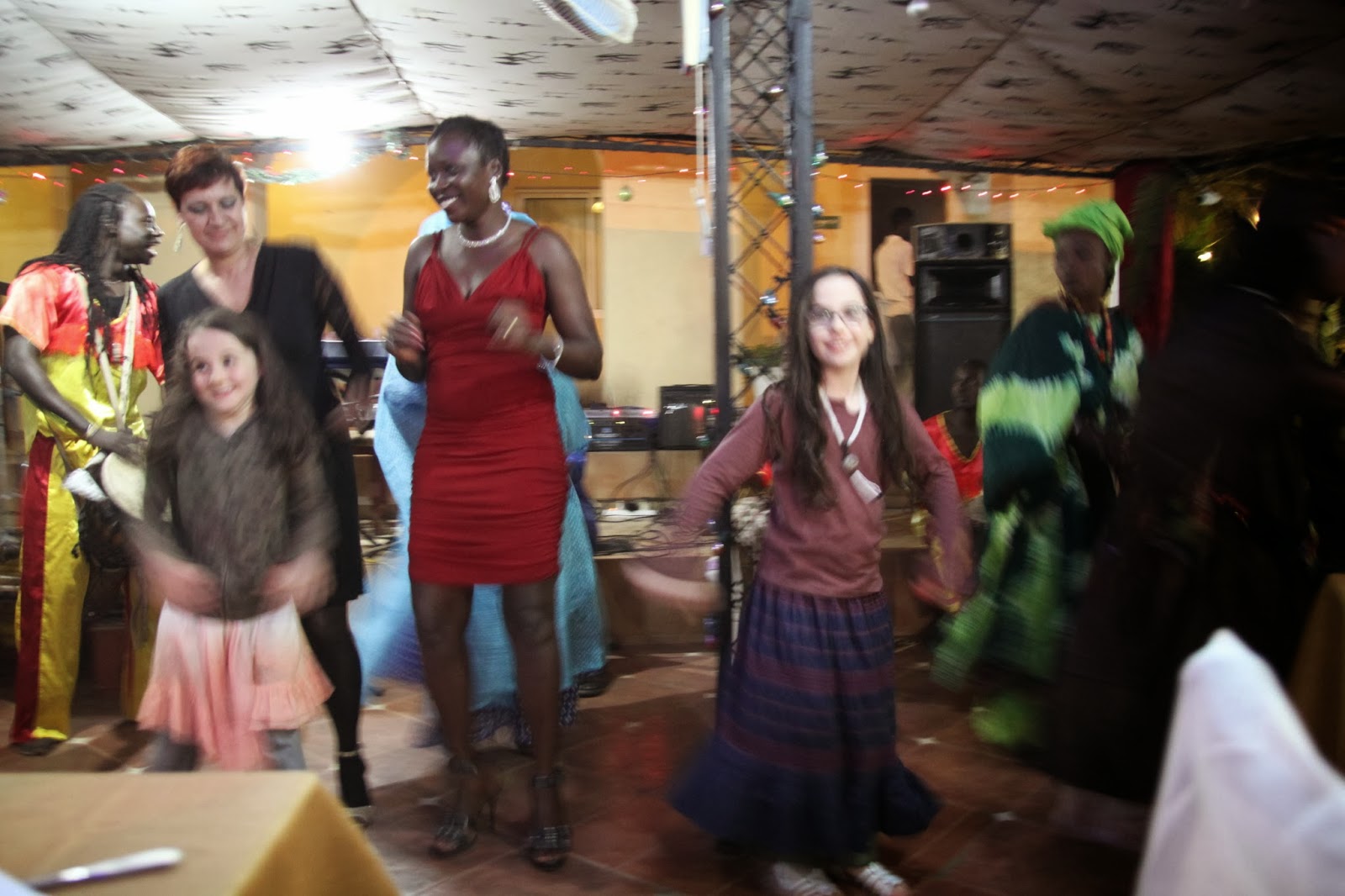 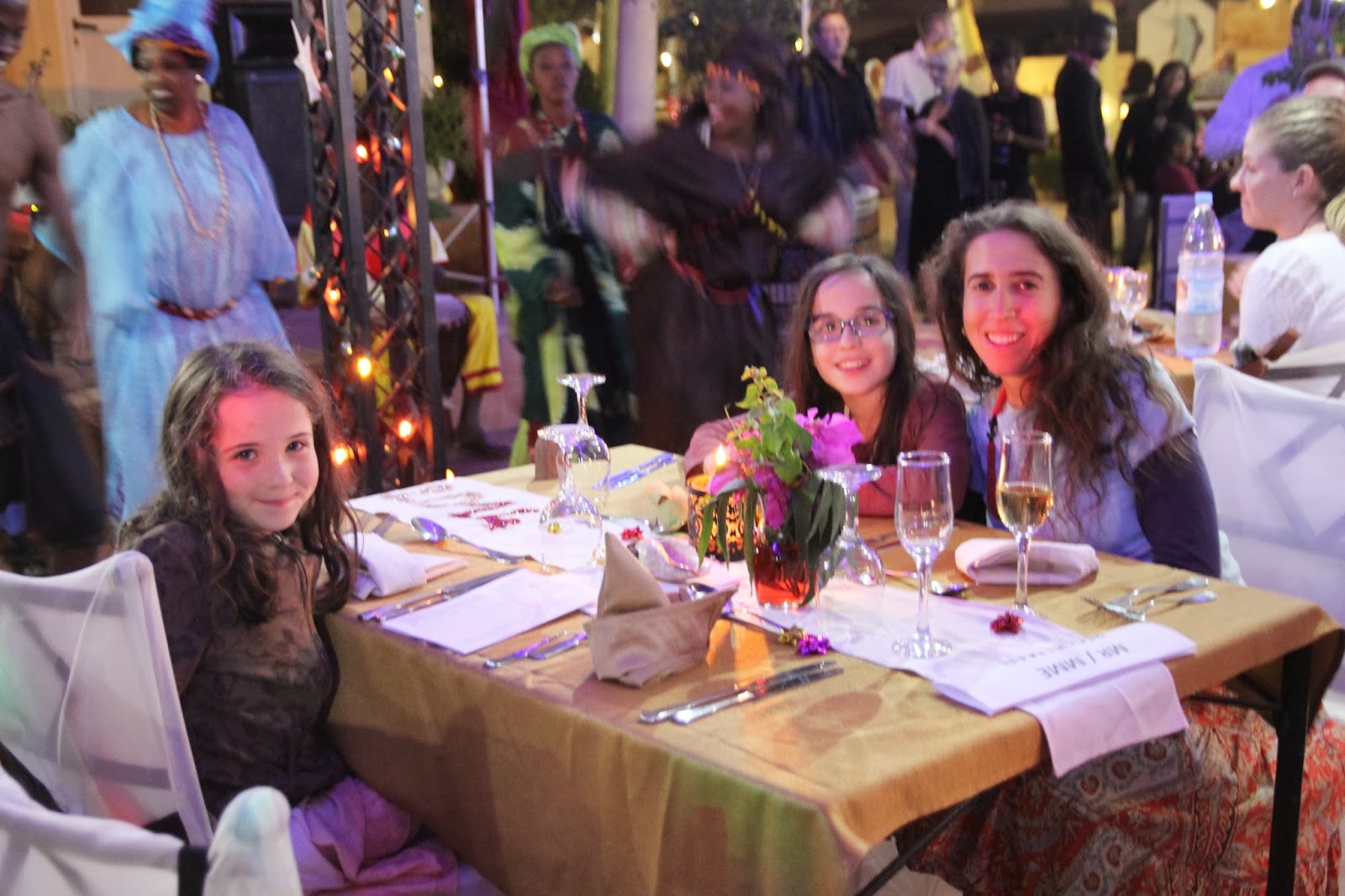 Anthony gets up and shakes his groove thing once the dance floor opens up to non-African dance. 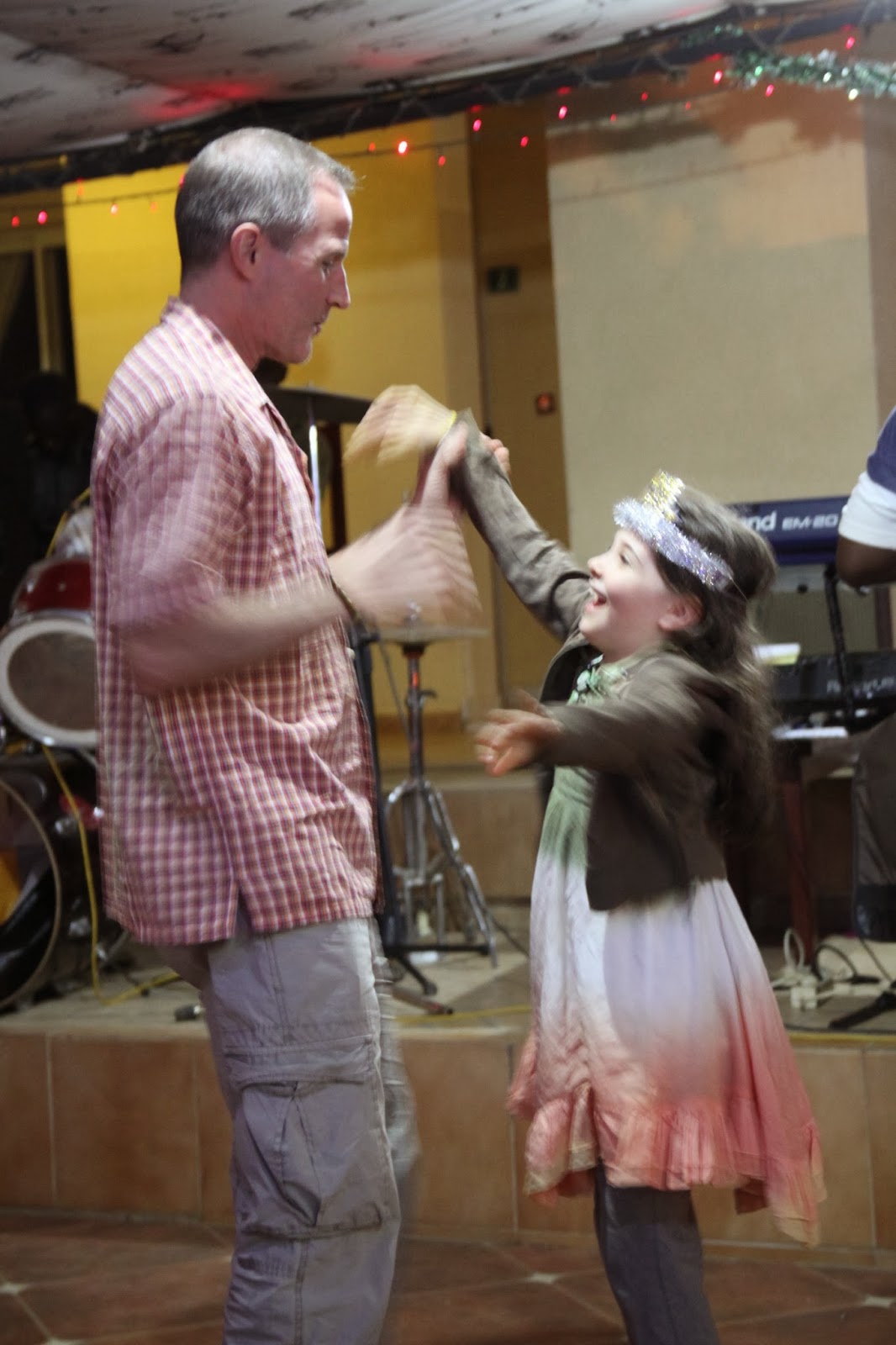 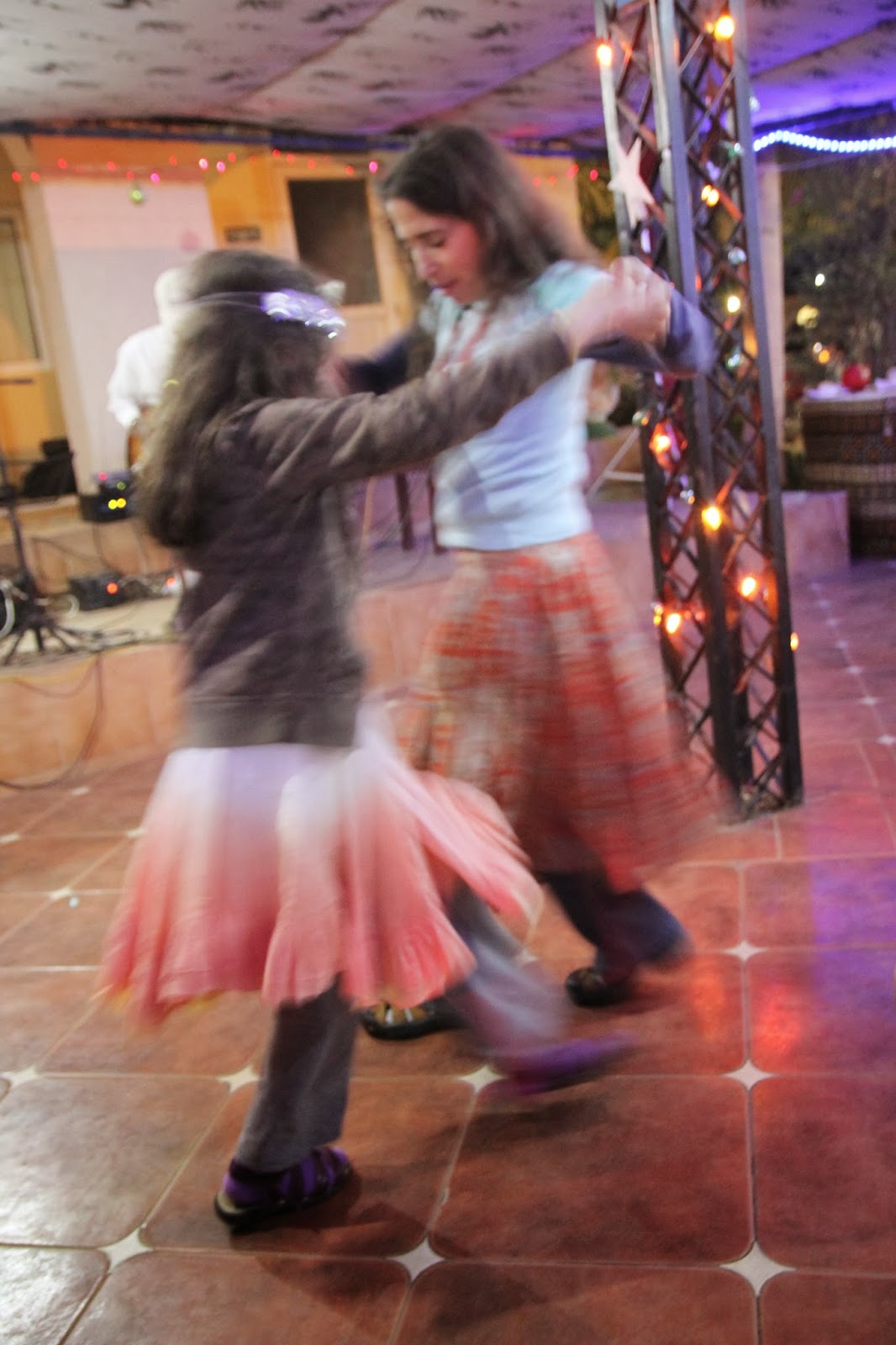 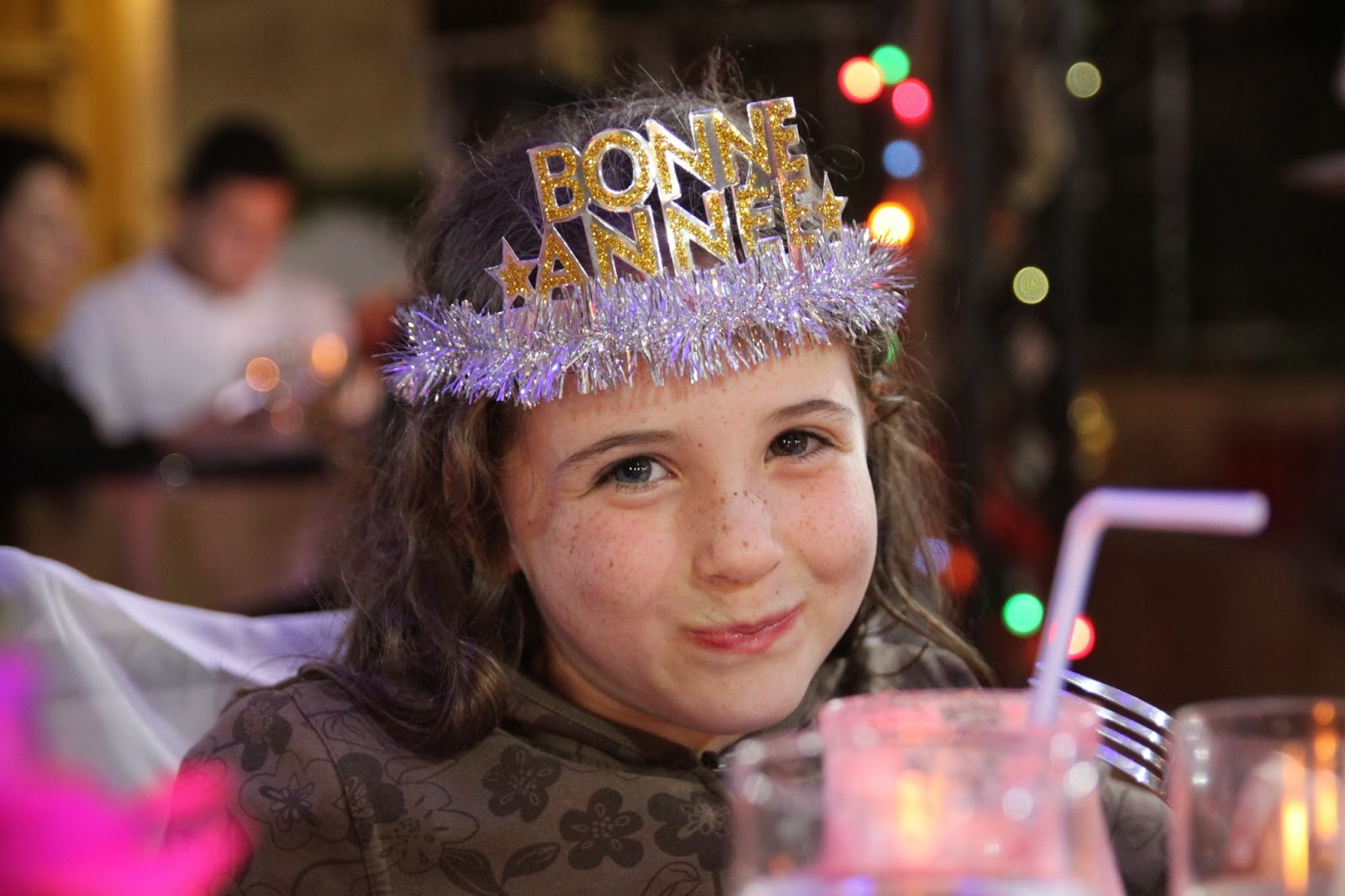 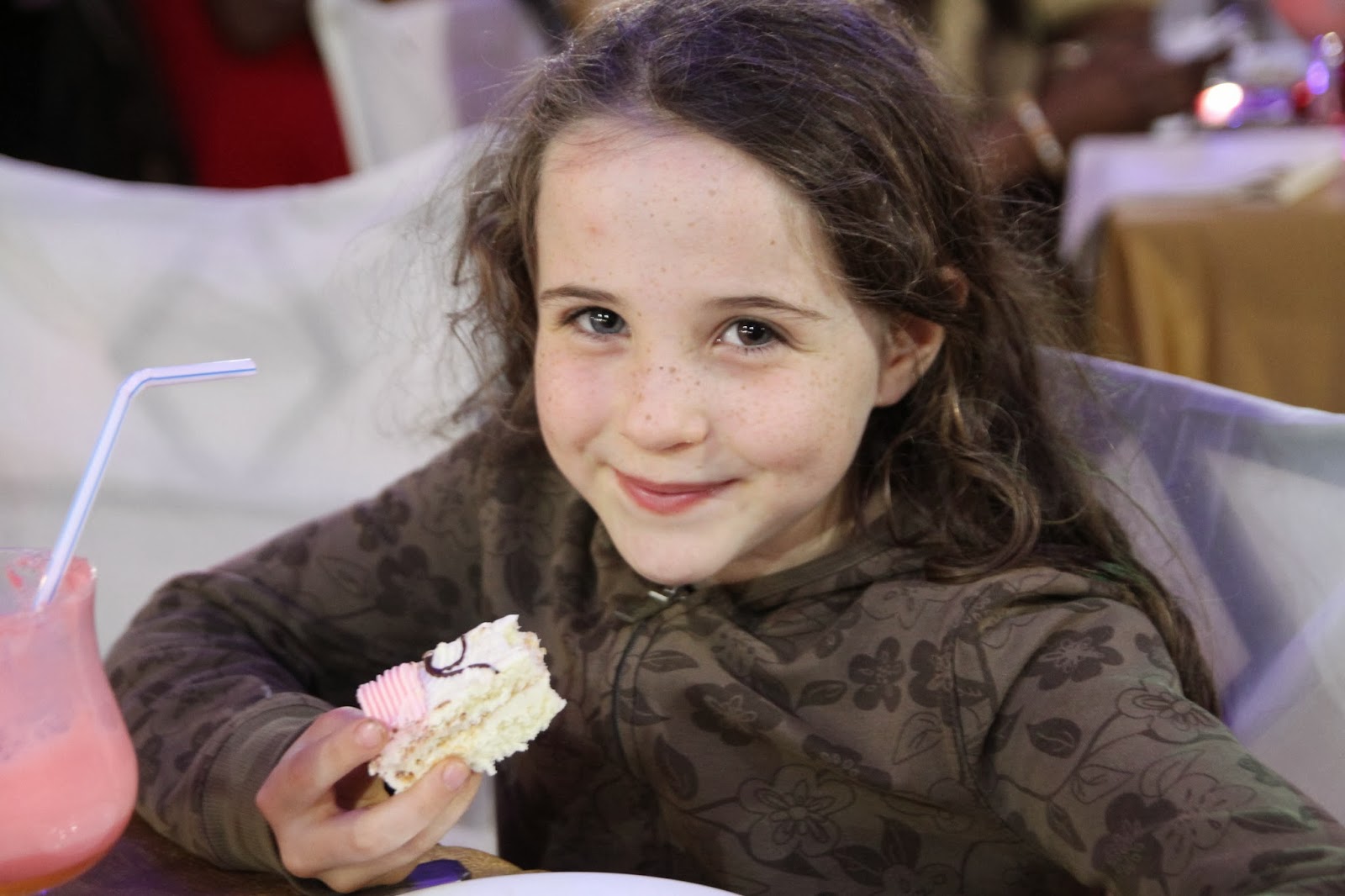 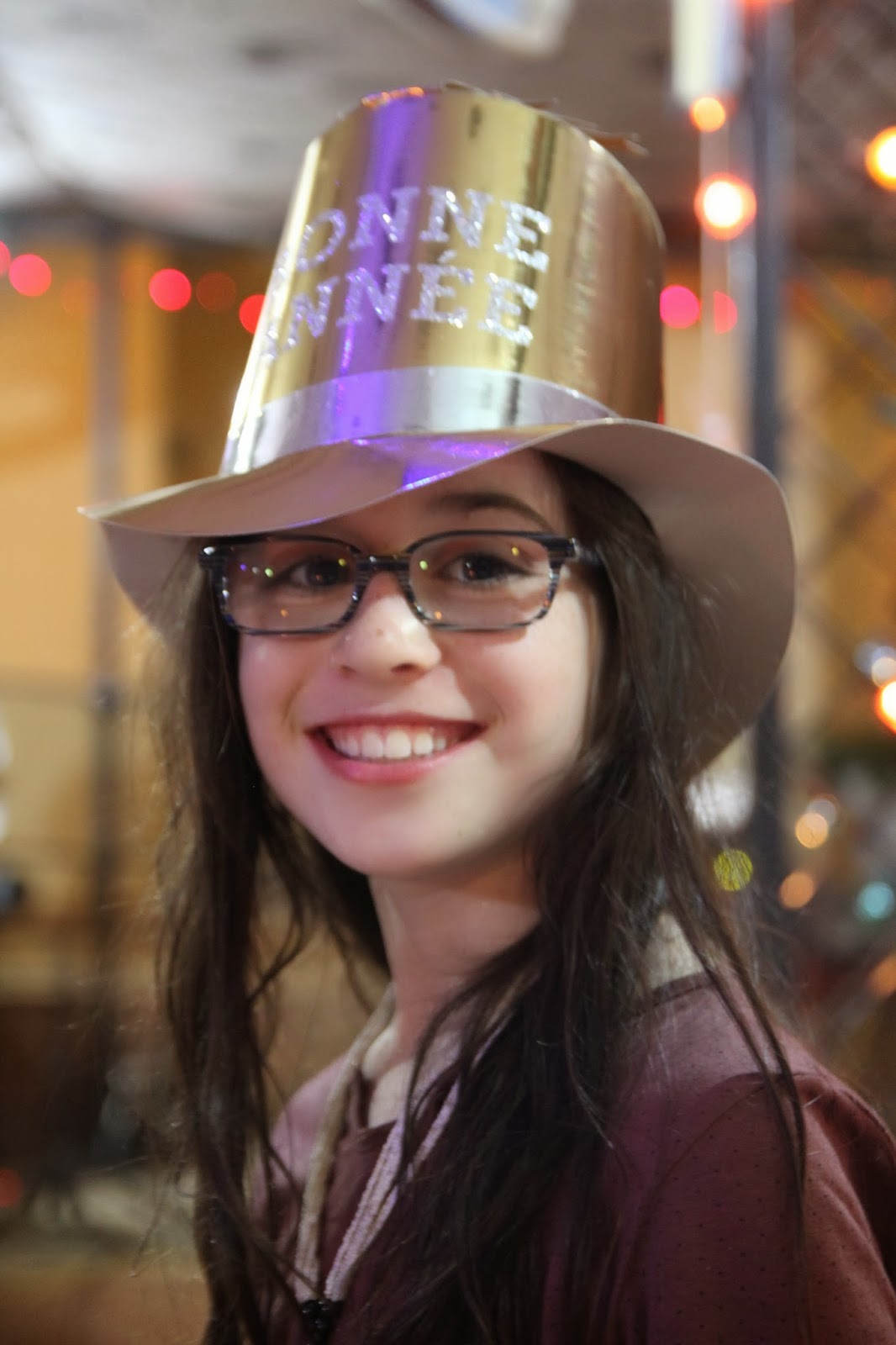 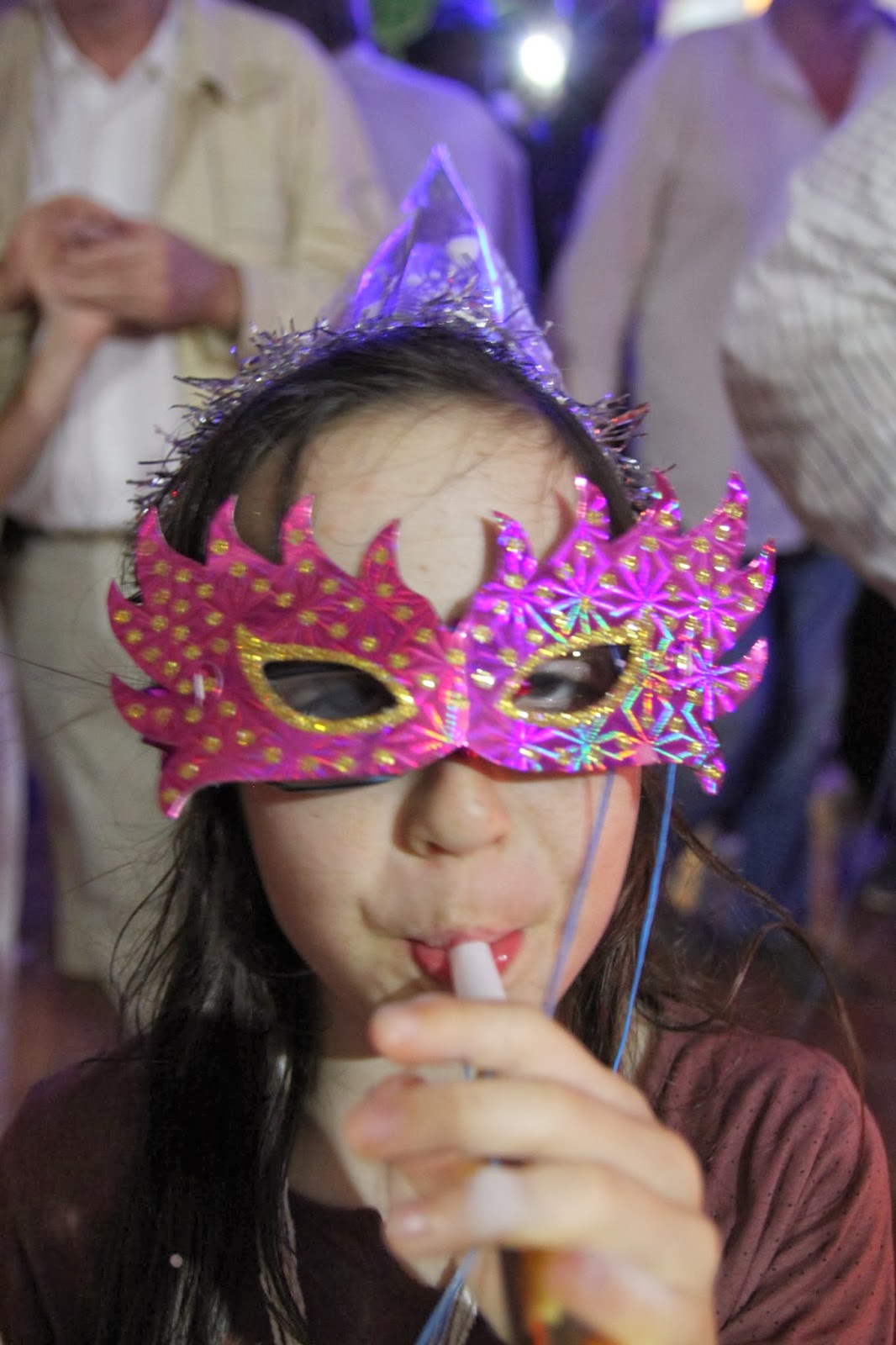 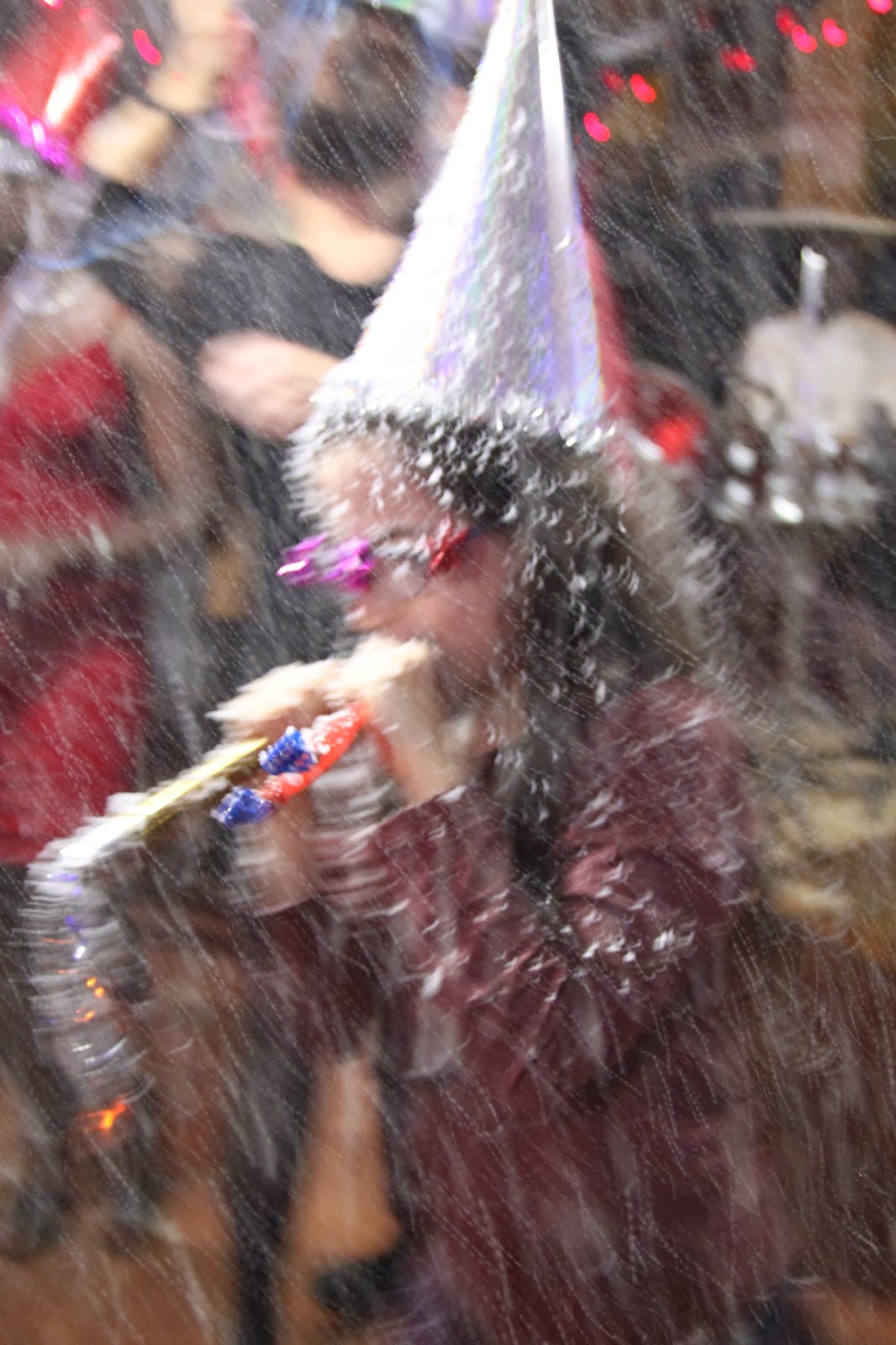 Anthony's treat is a drink so froufy it makes rainbow bubbles come out of his ears. 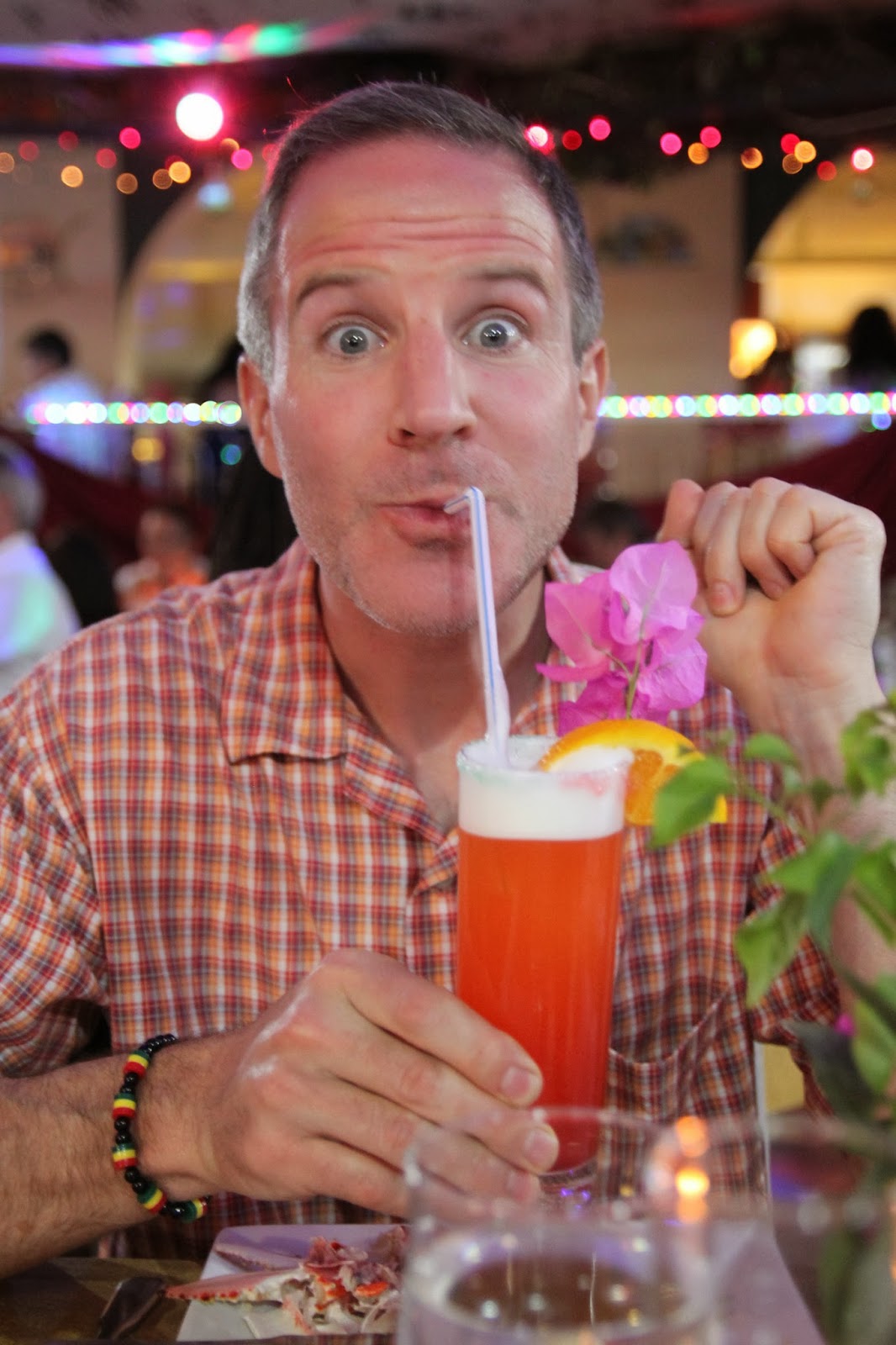 Just kidding of course, but that completely-accidentally-perfectly-placed photo cracks us up.

Still, the highlight of the evening (besides the fact that the girls proudly make it past midnight) is the African performers that dance and breathe fire. For lack of a better, or more knowledgeable, term, I'll describe them as kind of voodoo, medicine-man figures. If you know any better, feel free to enlighten me. 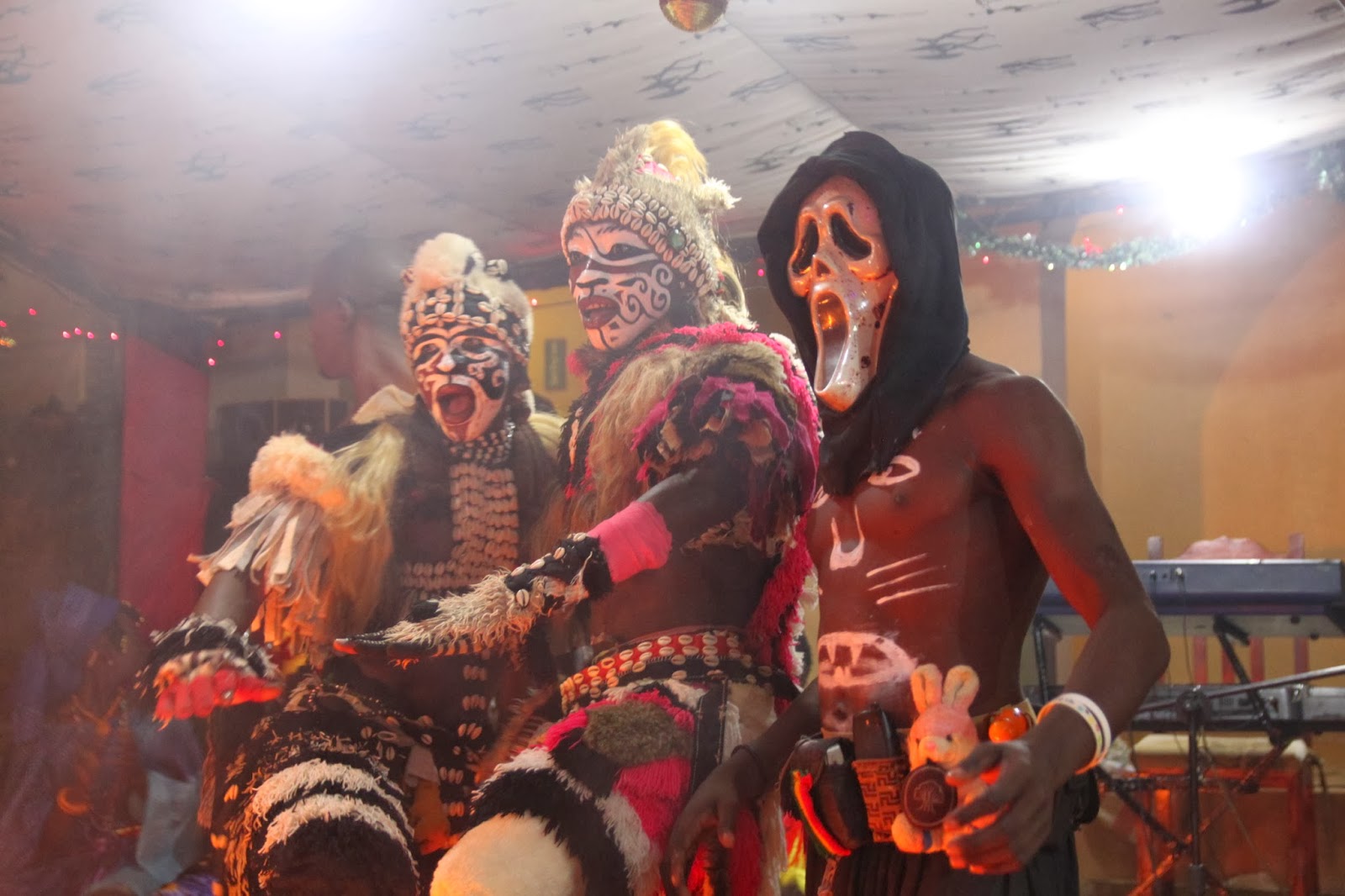 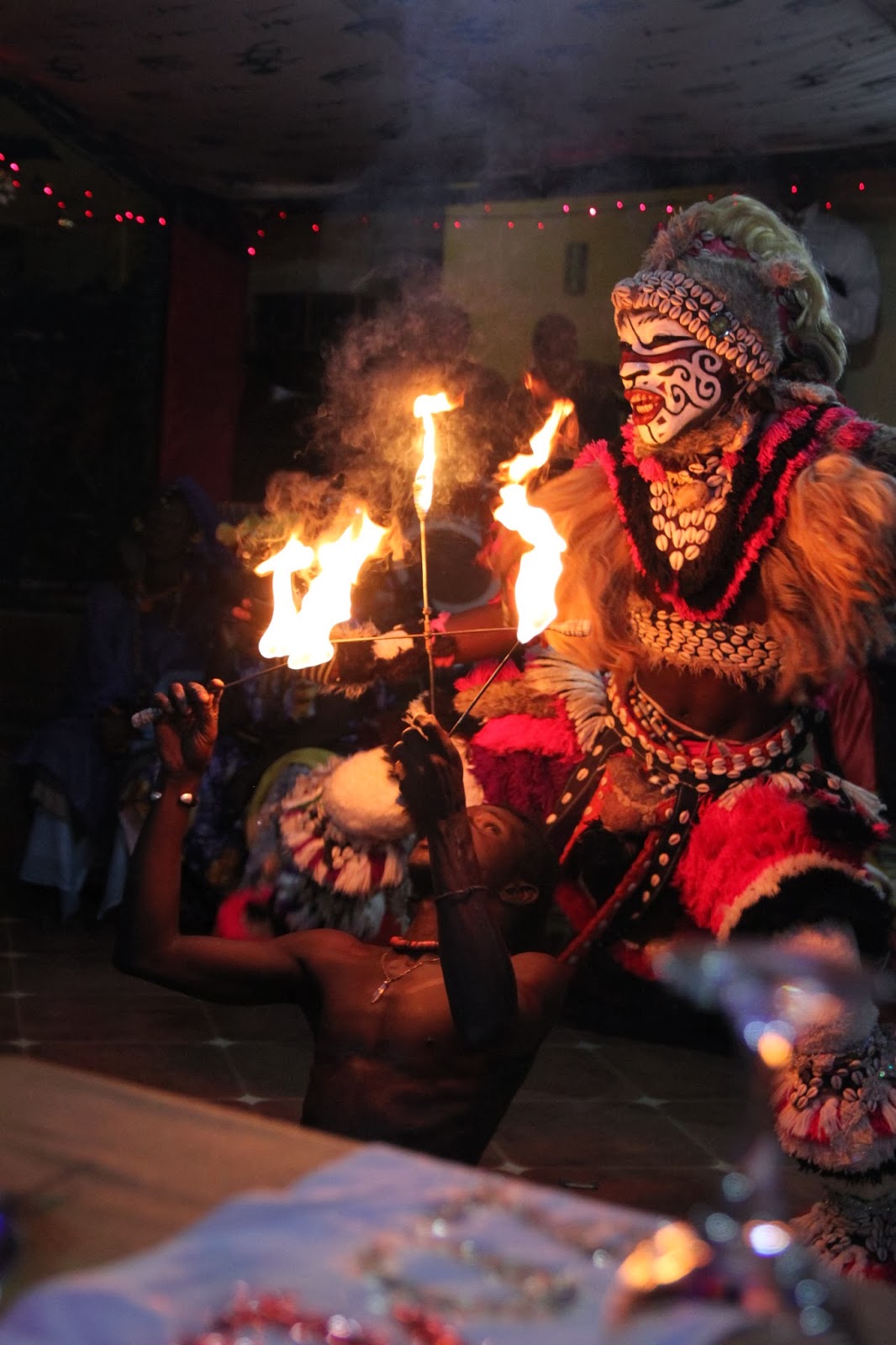 Anthony and I just keep looking at each other saying, "This is not like any New Year's Eve we ever had." The kids seem to appreciate it, but do they understand the extent to which they're lucky? Probably not. But at least they're having fun. 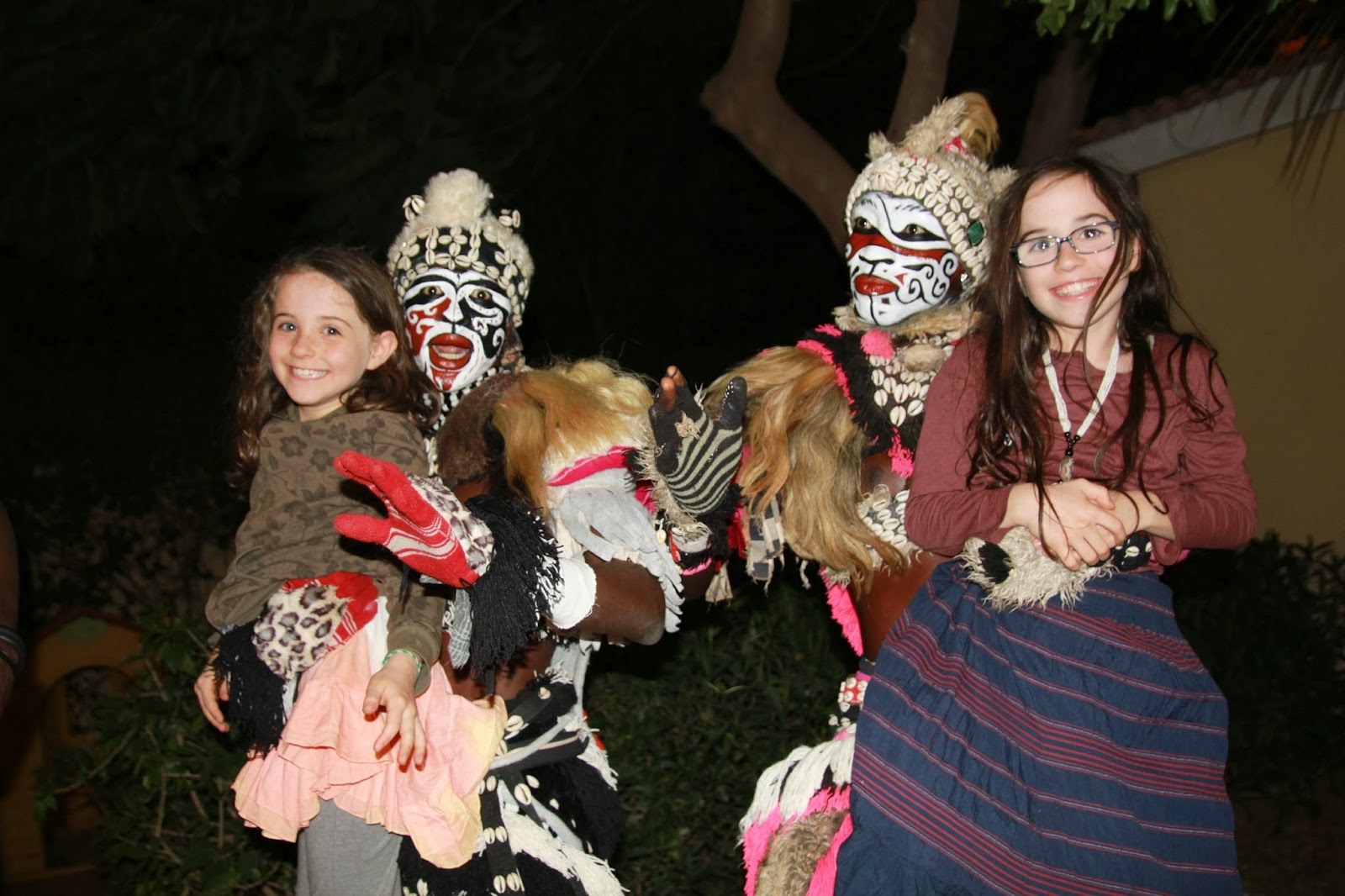